For the 2011 Gwangju Design Biennale, we produced an installation for the festival’s ‘Communities’ section which threw light on the darker aspects of Korean society. Co-curated by Beatrice Galilee and Helen Choi, our installation ‘Peeping Tom’ took the shape of a traditional Korean housing block, where visitors could peek through the windows to engage with a variety of playful and subversive projects which explored uncomfortable topics in Korean history and society.

In another window, the film Going for Gold encouraged western leaders to host ‘give-away-your-gold’ TV shows to save their crashing economies, inspired by actual South Korean game shows during the dark days of the 1990s Asian financial crisis, when citizens were asked to donate their personal gold items to pay off the country’s debts.

Elsewhere, to recall a major South Korean hacking incident, we created ‘Hung Out to Dry’, an installation of origami t-shirts with sensitive, personal information on the front, and all the ways online hackers can steal this information for fraudulent gain on the back.

Through a different window we screened the film Pizzas for the People, a comedy satire by Hwang Kim introducingNorth Koreans to various aspects of western culture, from celebrating Christmas to packing for a holiday. (Apparently this film also made its way to the black markets of Pyongyang!)

The two final projects explored South Korea’s ‘Wild Goose Daddy’ phenomenon, whereby large numbers of husbands and fathers live alone to work and support their family while the mothers take the children to be educated abroad. We showed a spoof TV show which imagined how human-sized pillows depicting female anime characters could be marketed to keep them company, and displayed a textbook from the ‘The Super Goose Maid Academy’, a fictional school built to train a new generation of maids to cater for the unique demands of Wild Goose Daddies.

“This isn’t the first time that Aberrant has turned cultural quirks into cheeky art. Their current installation, however, addresses some pretty serious issues by appealing to everyone’s inner voyeur. To highlight the mistreatment of migrant workers in South Korea, they redesigned the traditional Korean card game Hwatu, and they created a satirical game show that encourages Western leaders to do what South Korea did during their economic collapse in 1998: Ask citizens to contribute personal gold jewellery into a common pool, melt it down into bars, and use that to pay off the country’s debts. Actually, that doesn’t sound like a bad idea.” 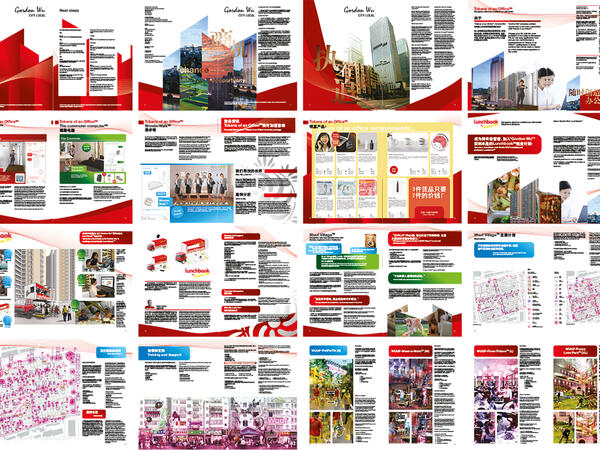