When we were commissioned by Waterloo Quarter Business Improvement District (BID) to design a new roaming market stall for Lower Marsh Market in Waterloo, London, we decided we wanted to create a structure that could offer a physical experience, with a design that would weave together the richness of the area’s past with the street’s current character.

By acting as a portable anchor around which new ‘satellite’ markets could be created and as a promotional and signage tool to draw people in and guide them through the local area, the aim was for the roaming stall to continue the rejuvenation of the market, which was re-launched in 2011.

We began by delving into Lambeth’s past, and discovered a colourful market history: the borough was renowned for its markets with fortune tellers, mystics and peep shows. Illustrations from Hugh Alley’s Caveat: Markets of London in 1598 showed totem-like structures were used as markers around which traders assembled to sell their produce. These quirky and unexpected tales from the past influenced our design for the stall. The giant chicken-shaped signpost at the top of the structure guided people around the local area and was our nod to the stories of chickens who were used to tell people’s fortunes, a tradition in the area that dated from Roman times. The sign also incorporated images of livestock, food and household items all sold on the ‘New Cut’ market according to records from 1849.

We rendered the stall in a vivid blue to attract attention as a local information point. Built entirely from steel, a trailer chassis made the structure easily manoeuvred and towable by car. Once on-site, it unfolded into a multi-functional stall, with a covered seating area and built-in chess board and a rooftop stage (accessed by a steel staircase with collapsible balustrades, for easy storage). This platform hosted a programme of events, performances and installations, providing Lower Marsh with their very own mobile ‘Fourth Plinth’.

By reimagining historic market structures to reflect the unique character, noise, and atmosphere of the present-day market, our stall marked the next step in Lower Marsh’s story.

“It was a pleasure working with you on the Lower Marsh satellite market. I think the outcome is a great example of what can be achieved with a small budget, and of the value added by good design. Let’s keep fingers crossed that Waterloo Quarter use as many opportunities as possible to drag the stall onto the street and use it in a creative way.” 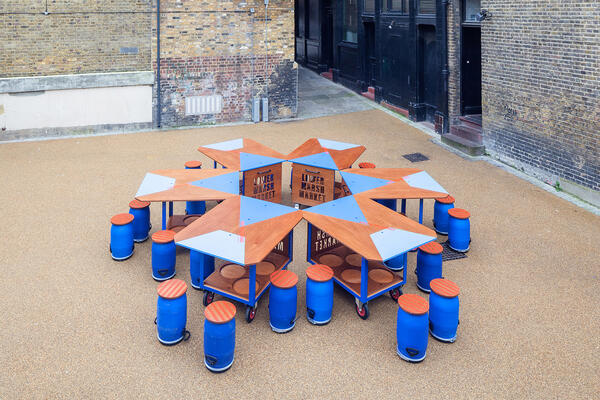 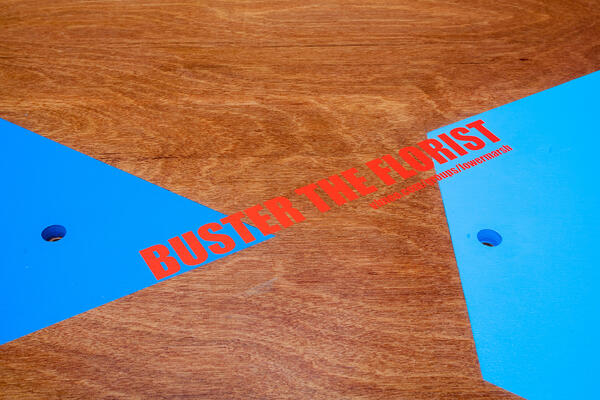