As part of the ‘UK Now’ festival in China, 2012, the British Council and Royal Institute of British Architects (RIBA) teamed up with developers Shui On Land to transform a strip of storefront windows with statement installations from British creatives. As well as showcasing British talent, the aim was to bring a cultural offer to Shanghai’s upscale shopping mall, Xintiandi. The initiative was based on RIBA’s Regent Street Windows project, a competition which started in 2009 to create incredible window displays by bringing together leading retailers with emerging or established architects.

We were thrilled to be invited to take part alongside other British architects including Zaha Hadid and Will Alsop, and decided to make an interactive shop window display which echoed one of Shanghai’s historical past times: horse racing.

Unlike the upper-class, British origins of Shanghai’s original racecourse, anyone could take part in ‘Shanghai Races’, our horse racing installation in the windows of fashion store MF Art+. We staged a circular track with mini horses which shoppers could race, all the while seeing a live video on a screen above the track from the perspective of the toy horse via a camera on the horse’s head.

RIBA London region director Tamsie Thomson said: “We want to use this exhibition in Shanghai to capitalise on the huge interest in British architecture following the Olympics and introduce the best new London architecture to an audience of style-conscious Chinese consumers and clients… Not only is this cultural project helping the nine architecture practices gain brand awareness in China, we’re also raising the profile of British architecture and British design in general.’

Vicky Richardson, British Council architecture director added: “RIBA’s Regent Street Windows project is a really imaginative way of getting the public excited about architecture. We’re delighted to be able to take the approach to China so that British architects have the challenge of working in the context of a fast-growing and changing city.’

“Every newspaper here covered your design; it’s the most popular installation.”

“It’s been an absolute pleasure working with you. Once again, thank you so much for all of your work. The ‘Shanghai Races’ window was a real success.” 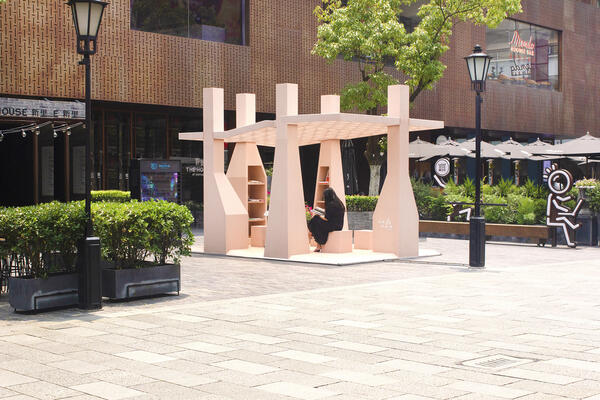